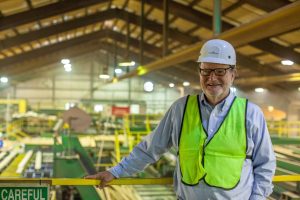 Idaho Forest Group Chairman Marc Brinkmeyer said, “Bob is a friend and an outstanding executive. He has been a leader in this company for twenty years and been instrumental not only in the growth or IFG, but also has been a trusted representative of our company with the community and stakeholders we serve. I will miss his vision, counsel, and wit.” 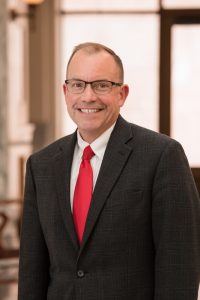 Brinkmeyer also announced the appointment of Tom Schultz, former Director of the Idaho Department of Lands as IFG’s next Vice President of Government Affairs. Schultz has managed state forests and rangelands in Idaho and Montana for the past 20 years and has overseen the regulation and wildfire protection of Idaho’s state and private forests since 2011. Like Boeh, Schultz is also a graduate of the University of Montana’s School of Forestry. Prior to his land management experience, Schultz was an officer in the United States Air Force. He excels at working with diverse constituencies and finding innovative solutions to complex problems.

In announcing the appointment Brinkmeyer said, “IFG prides itself on identifying, developing and retaining talented leaders. Tom has a long record of accomplishment and shares our company’s priority of looking forward and partnering with diverse communities. We look forward to his contribution to the future growth of our company.”

Schultz is expected to begin his new position by mid-January, 2018.