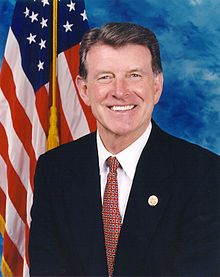 As published as Letter to the Editor in Boner County Daily Bee
By GOV. C.L. “Butch” Otter – Read Full Article

As wildfire season winds down in Idaho and other parts of the West, one initiative ramping up in Idaho has the potential to tamp down fears about the future of federal lands that make up so much of our state.

Working together through a federal law called Good Neighbor Authority, the state of Idaho and U.S. Forest Service are implementing plans to remove dead trees and other fuels, use fire’s natural benefits on the land through prescribed burning, plant new trees, and carry out other on-the-ground activities on federal lands.

With more of the West’s growing population living in previously undeveloped areas, we no longer can afford to let wildfire manage our lands for us. We must do more to minimize the impacts of the small percentage of fires that escape initial attack and become long-lasting megafires costing taxpayers millions of dollars to suppress, damaging wildlife habitat, pumping millions of tons of carbon into the air, piling sediment into our waterways, hurting our economy, and harming the health of our citizens.

The one factor of fire behavior over which we have immediate control is the buildup of wildfire fuels such as dead and dying trees and vegetation.

Roughly two-thirds of Idaho — more than 33.5 million acres — is owned and managed by the federal government. That’s almost as big as the whole State of New York. The Forest Service has identified more than 12.6 million acres of national forest in Idaho that warrant consideration for some level of proactive treatment. Good Neighbor Authority aims to increase the pace and scale of forest and watershed restoration work on the portion of these areas that are at highest risk of deadly infestations from insects and disease, and ultimately fire.

Right now, Good Neighbor Authority is the only realistic option for states like Idaho to be actively involved in managing the federal lands within our borders. And we are seizing the opportunity. The Forest Service is using streamlined state contracting processes and additional Idaho Department of Lands foresters to carry out its federal forest plans. The projects have been vetted through federal environmental review processes and are supported by local collaborative groups.

While the Forest Service maintains oversight and decision-making power on all Good Neighbor Authority projects on national forests, the U.S. Department of Agriculture agency and our Department of Lands have been working well together in the interest of the resource and the people it benefits.

We expect program income from projects to self-fund the program in Idaho within five years. Funding from industry, the State and the federal government kick-started the program, and with a little more investment Good Neighbor Authority projects could result in 10 percent more timber harvested annually in Idaho.

I left Congress to run for governor so I could make a bigger difference in the lives of the people I serve. I want Washington, D.C., to look to Idaho for solutions on public land management, not the other way around. I’m confident that the Forest Service and Idaho Department of Lands will continue working together to reduce the risk of catastrophic wildfires, improve the health of lands and watersheds across ownership boundaries, and create more jobs using Good Neighbor Authority.

For years, frustration has grown throughout the West about how public lands are managed, mismanaged or not managed at all. Many have earnestly debated whether states or the feds should be managing these vast tracts. In Idaho, we’re showing how the answer can and must be both.

We are using Good Neighbor Authority to manage federal public lands in a way that embraces the complexity of 21st century life in the West. Good Neighbor Authority and the federalist philosophy it represents hold great promise for resource management throughout our state and the nation. Idaho is leading the way in demonstrating how we can accomplish more on the ground by working together.

Gov. C.L. “Butch” Otter can be reached at gov.idaho.gov/ourgov/contact.html.