By Nicole PoxleitnerDecember 30, 2021spotlight
No Comments 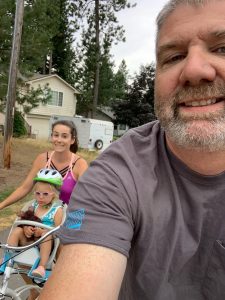 Jeremy Fromm, Idaho Forest Group’s Automation Team Leader, has been working for IFG for 10 years and in his current position for 3 years. Fromm graduated from the University of Idaho with a bachelors in Electrical Engineering. He also obtained several certificates for controls which he used in his first position as the Controls Technician at the Lewiston Mill. Currently, he is working on the Lumberton Mill project in Mississippi. This new mill site has many new automation editions that Fromm is participating in.

“I enjoy the atmosphere and work ethics at IFG. But Marc’s vision for the future of sawmills is contagious and exciting!”

Fromm worked as a controls technician at the Lewiston facility for 7 years. While he was still working in Lewiston, Jesse Short approached him about trying to integrate a robot into a sawmill or planer. With his guidance they ended up building a relationship with Fanuc, a company that provides automation products, and purchased IFG’s first robot. This robot was named Fritz after Marc Brinkmeyer’s father. 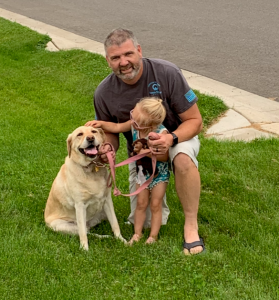 Jeremy with his daughter

“The robot just picked and placed lumber that had no production value, but it was a good learning experience.”

A few weeks later Chad Kosmicki found a good application for the robot at the Athol facility. Over the next few weeks, they installed the robot and it is still operational today. Fromm slowly started to transfer from working at the Lewiston Mill to Automation and began to assist Chad in all of IFG’s automation needs.

As the Automation Team Leader, Fromm is currently working to program PLC’s, Delta RMC’s, HMI’s and anything else the sawmills need. The automation team does upgrades for sawmill sites and also completes R&D projects. Fromm and the team travel to the mill sites to help troubleshoot broken equipment and help them with efficiencies on current equipment. 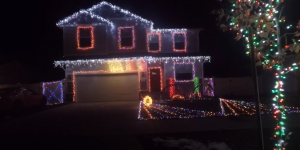 When Fromm isn’t working for IFG he enjoys hunting, fishing, boating, skiing, and decorating his house with Christmas lights. To decorate for the holidays, he programs software that causes the Christmas light display to flash and turn on and off to the beat of music. Fromm won a category of the Christmas lights competition last year and enjoys decorating every winter season. He is also married and has a 3 year old daughter at home.

“I enjoy the variety of day to day tasks, and meeting new people at all of our sawmills.” He looks forward to showing the public all that automation can do in this new age of sawmills.